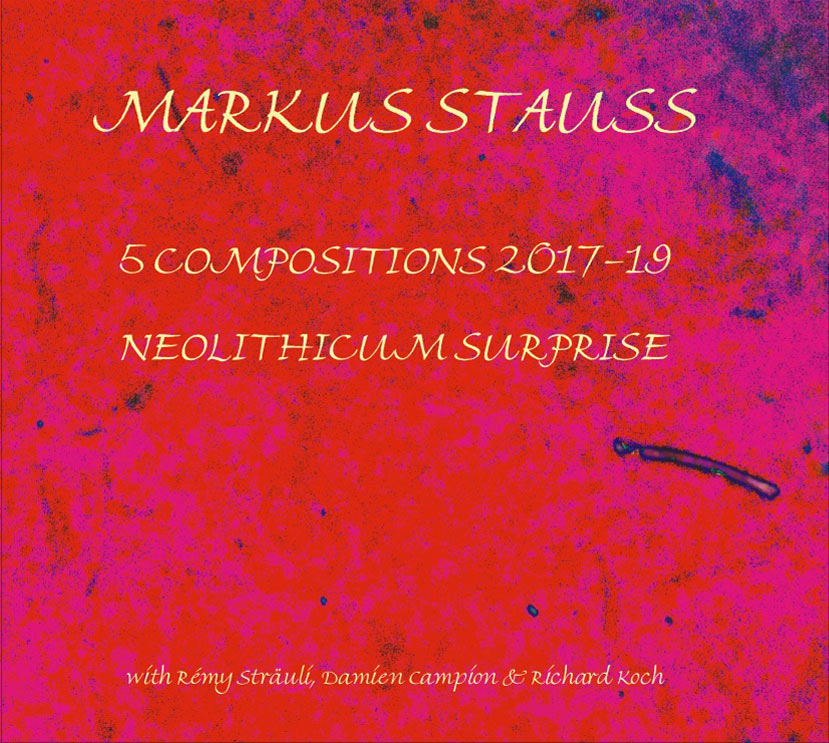 Markus Stauss releases a two-part CD with a total of 22 tracks. Both parts work independently and yet form an exciting unity. The first part, “5 COMPOSITIONS 2017-19”, consists of completely new compositions written between September 2017 and May 2019 and recorded on June 5 and 6, 2019 with the following line-up:

The second part of the CD is called “NEOLITHICUM SURPRISE” and consists of 5 compositions and 12 improvisations. These 17 pieces are not out-takes of the CD, NEOLITHICUM, but pieces that were spontaneously created in the “flow” of the recordings without thinking about the planned “40 Min CD”. Soon, the idea was born to release all these pieces and new musical material as NEOLITHICUM Part 2, but for various reasons, the next recording session was delayed by several years. Since the production of NEOLITHICUM Part 2 is no longer possible, Markus Stauss decided during the production of “5 COMPOSITIONS” to add this older material as a second, independent part of this CD.