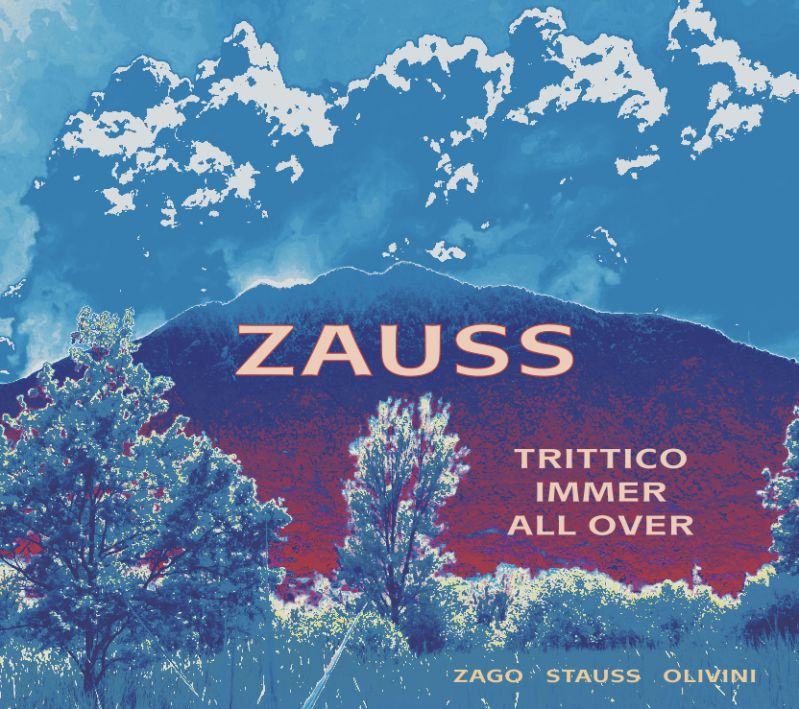 Francesco Zago and Markus Stauss have invited Giuseppe Olivini (various percussion instruments & teremin), a fellow musician in Francesco’s projects such as YUGEN, KURAI and EMPTY DAYS to the ZAUSS recording session in February 2016 in Alvaneu, GR, Switzerland for the 5th CD (www.altrock.it).
Much of the over 3 hours of recordings thrilled us and our guest and immediately it became obvious that there was way too much music for only one CD, which means that this 5th ZAUSS production would be a double or triple CD.
After endless listening sessions, the material has crystallized out for a double CD. In February 2017 we produced the master file with Benno Hofer in Studio Nadelberg and now …

ZAUSS “TRITTICO ALWAYS ALL OVER”

… is released. Who is greedy for this brandnew production, can order this via “Contact” already now. In a few days the order will be possible via the shop, as with all other Fazzul productions.